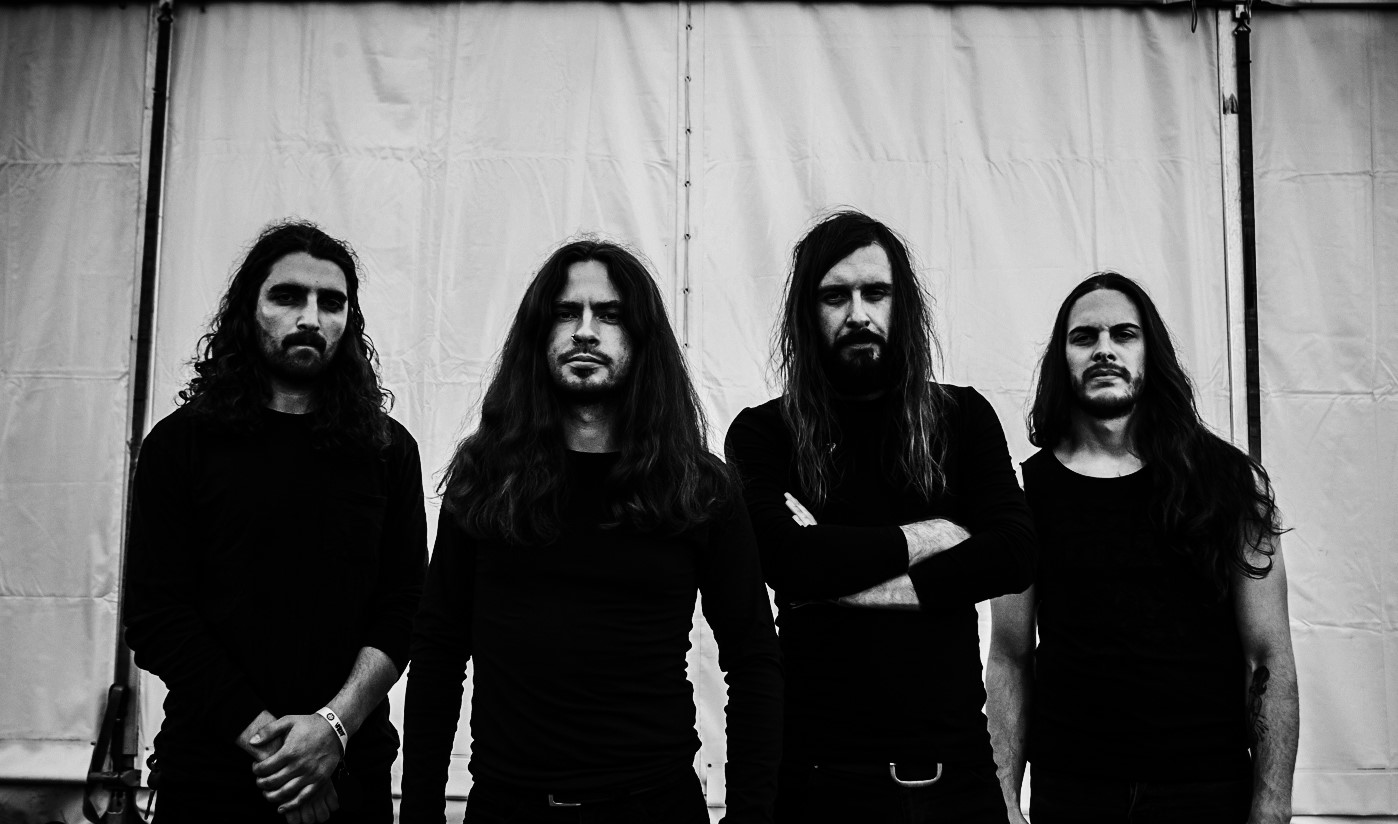 Tickets available for both shows with our Uncle Acid room special!
Get tickets to the show and 15% off your stay at the historic Stanley Hotel!

Contained within are ten tracks of the type of sonic psyche-frazzling heaviness and blood-drenched pop that have made Uncle Acid & the Deadbeats one of Britain’s great cult bands.

Recorded at Toe Rag studios in early 2015 with engineer Liam Watson (White Stripes, Tame Impala, Electric Wizard), their fourth opus The Night Creeper finds the quartet in full-on death-tripping, third eye-widening mode. Here songs ooze louche evil over flesh-melting riffs that creep like hot magma bubbling up through the earth’s crust at their own malevolent pace. This album is in no hurry to destroy you. But it will. It will.

As with previous creations, The Night Creeper has a distinct concept as a starting point. “The idea is that this album could have started life as an old cheap, grime-covered 25 cent pulp paperback like the type sold at news-stands outside subway stations,” says enigmatic frontman Kevin Starrs. “But then perhaps it is adapted into a film noir, which itself is then re-made twenty years later as an ultraviolent, slasher Italian Giallo film. The album follows this aesthetic lineage as it descends from to trash to noir to something discernibly darker.”

Lyrically, it concerns a street-creeping homeless figure, whose story unravels over the course of the album. Things happen. Murders. But where the narrative is concerned Starrs is keen “to let listeners do the detective work themselves.” On songs like ‘Waiting For Blood’ and the album’s title track, Uncle Acid & the Deadbeats wail like end times are finally upon us. By the close of the ethereal and utterly sparse hidden track ‘Black Motorcade’ egos and ids have been thoroughly shattered. Indeed the world itself sounds like it has been reduced to smoking ruins. May we ever recover?

In an age when the word is over-used, Uncle Acid are indeed a true cult. Everything they do is covert, their movements crepuscular, the loyalty they inspire fervent. Every sneering melody and every piece of artwork is loaded with meaning, designed to be pored over. Their press coverage is deliberately limited but doesn’t prevent them selling out US tours or joining Black Sabbath at their personal request. They only reveal what they want to reveal: chiefly that Uncle Acid & the Deadbeats began as a studio project circa 2009 in Cambridge, the wild concept of Kevin Starrs. The rest is academic.

Because Uncle Acid & the Deadbeats exist in their own self-created world, hoovering up trash/pop culture and spitting it back out in hot chunks of finely-hewn riffola and righteous rock ‘n roll noise. Make no mistake though they are a pop band too: a pop band of the most fuzzed-up, subversive kind. One with three part harmonies that sing of death and murder. But a pop band all the same.

“This album goes back to my original vision for the band, which was to take our love of girl groups – The Ronettes, The Shangri-La’s, Phil Spector – and making it ultra-dark, lyrically,” says Starrs. “It’s about balancing those sugar melodies with evil, insidious intent.”

Following Volume 1 (2010), a debut born out of frustration and unemployment, their follow-up Blood Lust(2011) was a homage to British Hammer and folk horror films of the 1970s, a whirling head-trip of candle-lit mayhem; a world of withered hands, ritual knives and gallows ropes. Their heavy psychedelia was likened to The Beatles, had they followed their own helter skelter down into the darkest recesses of the 1970s. One review dubbed the band “the Bong Lennon, the Crack Sabbath, the Hex Pistols the world has been waiting for”. Meanwhile further information trickled down: joining Kevin Starrs, the band’s line-up coalesced to include Yotam Rubinger (guitars), Dean Millar (bass) and Itamar Rubinger (drums)

And now comes The Night Creeper, Uncle Acid & the Deadbeats’ darkest journey yet.