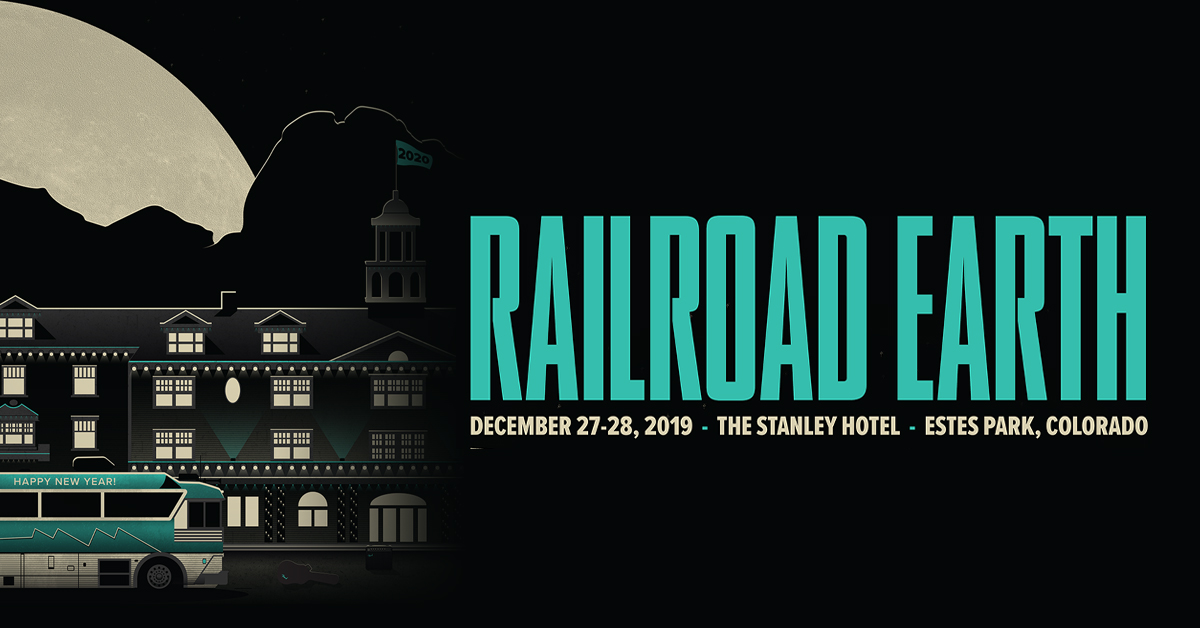 “Oh Mama ain’t it good to be alive, where you’re mountain top and feeling high”

Stanley Live and AEG Presents are thrilled to announce Railroad Earth, live at The Stanley Hotel.

Railroad Earth is a bluegrass-influenced American band formed in Stillwater, New Jersey in 2001. The band’s music combines elements of progressive bluegrass, folk, rock, country, jazz, celtic and other Americana influences. Recognized as “carrying on the tradition of improvisational, genre-spanning music laid forth by the Grateful Dead,” Railroad Earth is known for lyrical songwriting and extensive live improvisation. The band takes its name from the Jack Kerouac prose poem “October in the Railroad Earth.” The band also has a song of the same name.