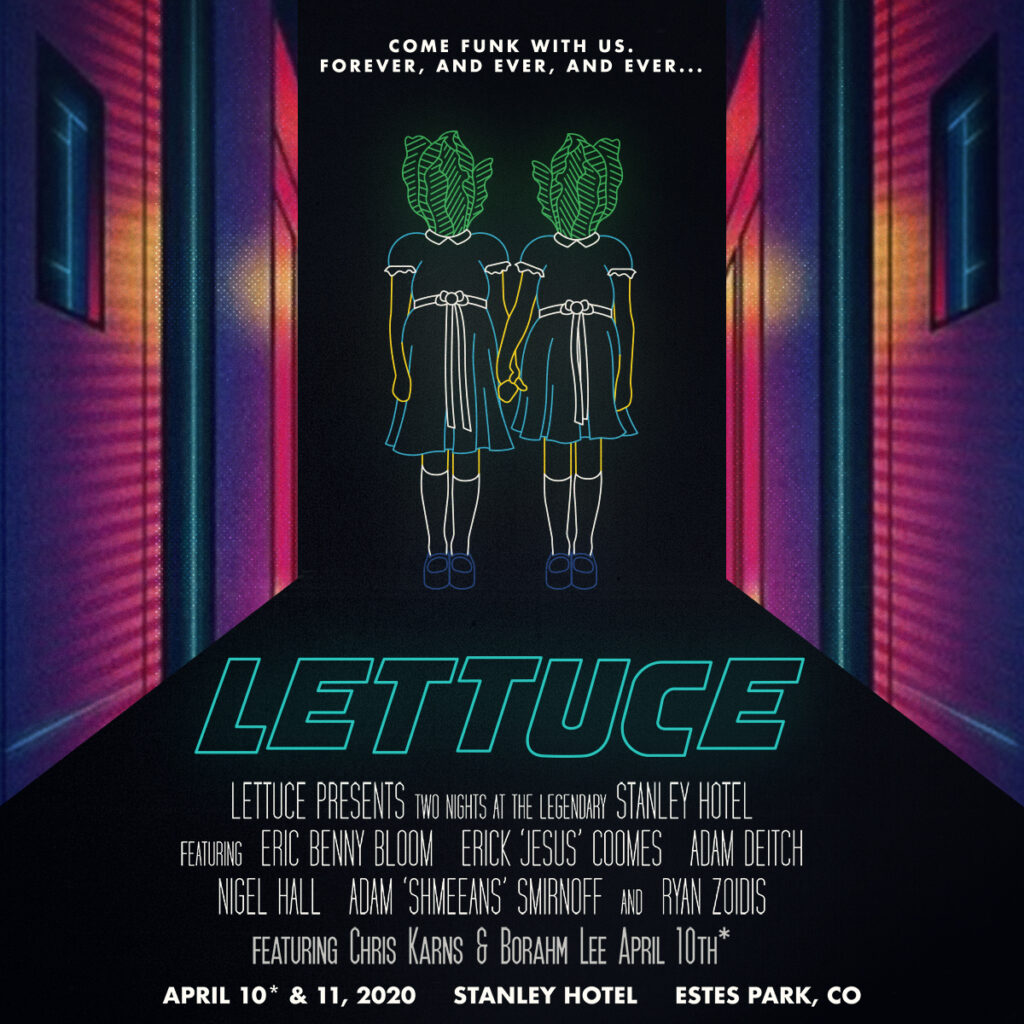 Tickets and room reservations for both nights.

Comprised of a stellar group musicians – Drummer Adam Deitch, guitarist Adam Smirnoff, bassist Erick “Jesus” Coomes, keyboardist and vocalist Nigel Hall, saxophonist Ryan Zoidis, and trumpeter Eric “Benny” Bloom – the members of Lettuce are highly sought after musicians who, together, continue to earn their name as masters of their craft. According to the band, it is a sense of unity that has much to do with the camaraderie that’s only intensified over the lifespan of the band. Formed in 1992, Lettuce was founded on a shared love of legendary funk artists like Earth, Wind, Fire and Tower of Power. Blending together these talents in a sound distinctly their own, they have garnered praised by the likes of New York Times, NPR, Billboard, Consequence of Sound, Relix, and more.

Funk juggernauts Lettuce have been making their fans dance for 20 plus years. After headlining venues like Red Rocks, Capitol Theater and the Fillmore, the band of brothers are poised to get the crowd dancing and thinking at the same time. Their latest album Mt Crushmore is a journey into the depths of psychedelic funky soul.