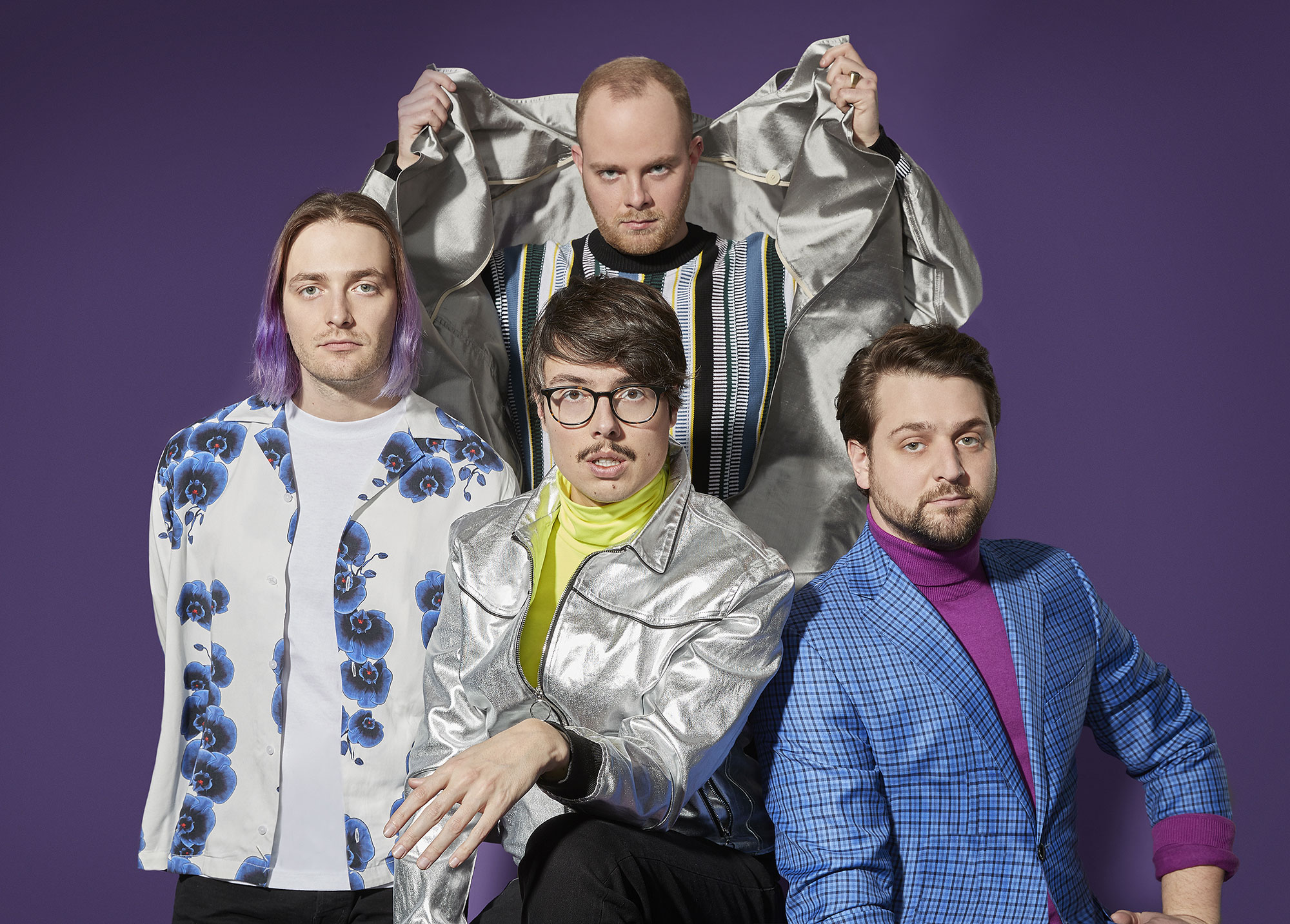 Stanley Live and AEG Presents are thrilled to announce Joywave at The Stanley Hotel!

Weaving blissed-out synths and unstoppable dancefloor grooves with euphoric hooks, exuberant wit, and uncommon emotional depth, Joywave has spent much of the past decade holding an aural mirror to society, concocting a distinctively modern approach towards pop music that is both organic and synthetic, much like our own day-to-day lives.

The Rochester, NY-based band first came together in 2010 to put live flesh on the bones of songwriter-multi-instrumentalist Daniel Armbruster’s original home recordings. A series of visionary mixtapes and EPs followed, as did Big Data’s RIAA gold certified 2013 single, “Dangerous (Feat. Joywave),” a #1 hit at Alternative radio as well as a top 10 multi-format smash. 2014’s HOW DO YOU FEEL? EP was fast followed by Joywave’s full-length debut album, HOW DO YOU FEEL NOW? The LP spawned a string of multi-format hits, including “Dangerous,” multiple versions of which were then showcased on 2016’s innovative remix collection, SWISH. The following year saw CONTENT make a top 10 debut on Billboard’s “Heatseekers” chart upon its arrival, powered by the Alternative radio favorites, “Doubt” and “It’s A Trip.”

Joywave has proved just as prolific and popular on the road, performing countless headline dates, show-stealing sets at international festivals spanning Lollapalooza, Coachella, Bumbershoot, and the UK’s Reading/Leeds, and support runs with such like-minded artists as The Killers, Young the Giant, Cold War Kids, Walk the Moon, Bleachers, Smashing Pumpkins, Foals, Silversun Pickups, Brandon Flowers, Thirty Seconds To Mars, and more. As if that weren’t enough, Joywave have put equivalent energy into creating visual and other components, supplementing their music with similarly inventive videos and YouTube series like Joy Meets World and Coffee With Joywave, the latter showcasing their own Rochester-roasted Joywave coffee brand.