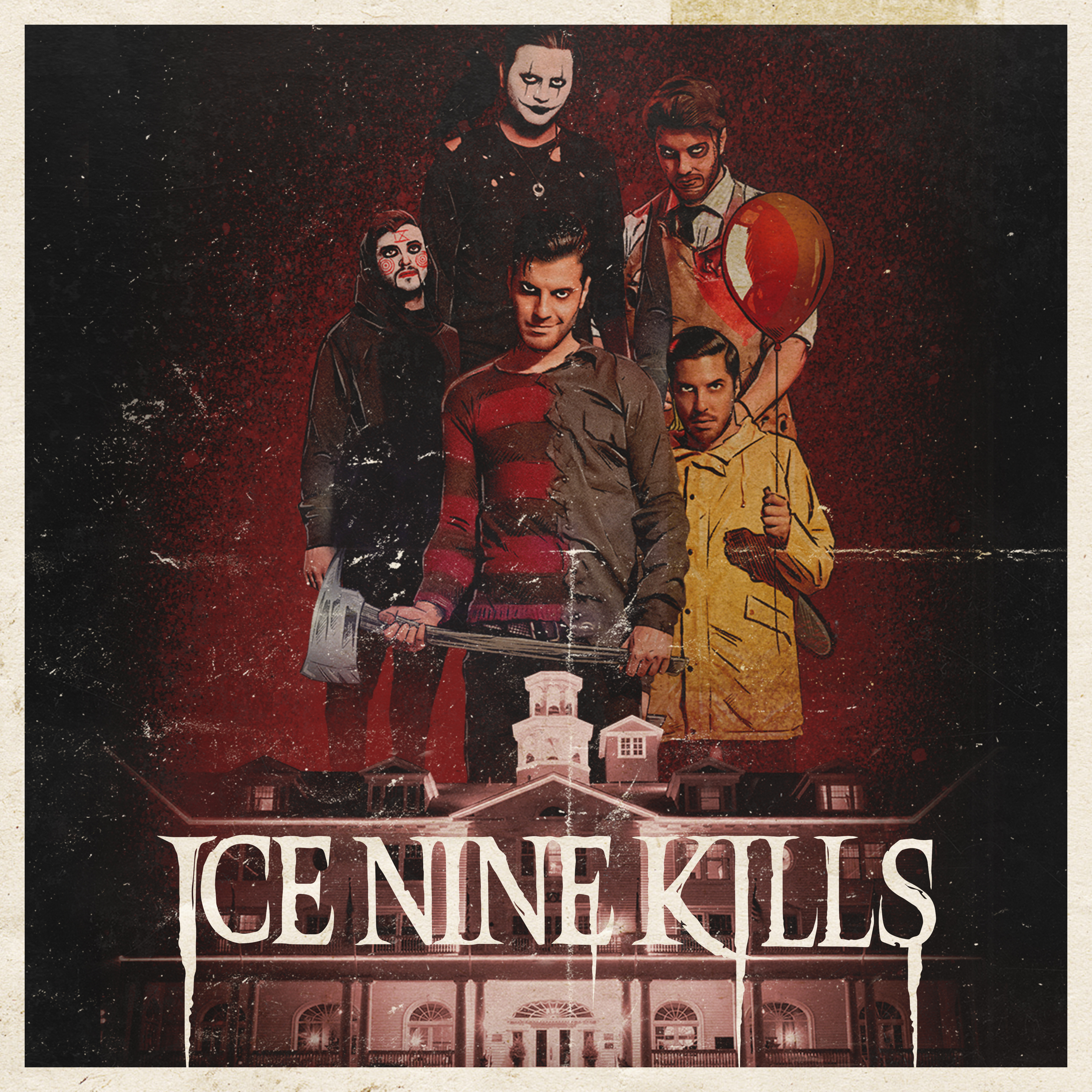 In a sea of subculture sound-alikes and would-be social media stars, ICE NINE KILLS stand tall as passionate artistic trailblazers. For over a decade, ICE NINE KILLS has built a thrilling new world for their band and their growing legion of fans. “INK” summons the most captivating elements of metal, punk and melody with theatricality, cinematic obsession, and literary fascination, creating a thrilling vision.

After a decade of studio adventures and live showmanship, ICE NINE KILLS joins the ranks of likeminded hard rock acts like Avenged Sevenfold, Slipknot, and Marilyn Manson, in terms of the combination of music and lifestyle and cult-band reverence.

Songs like “Communion of the Cursed,” “Me, Myself & Hyde,” “Hell in the Hallways,” “The Fastest Way to a Girl’s Heart is Through Her Ribcage,” and “Bloodbath & Beyond” have amassed more than 30 million views on YouTube alone, building a story with sales, streams, and downloads that’s evident by the massive sing-a-longs at festivals, on Vans Warped Tour, and when the band headlines theaters and clubs.

Following a fourth album that debuted in the Top 5 of Billboard’s Hard Rock Albums chart, and tours with bands like Motionless In White and Every Time I Die, ICE NINE KILLS spent much of 2018 in the studio with producer Drew Fulk (Bullet For My Valentine, As I Lay Dying) crafting their most diverse and impressive offering.

The Silver Scream, the fifth record from ICE NINE KILLS, is a definitive achievement. A conceptually driven post-metalcore masterpiece with the catchiness and spirit of pop-punk and the fist-pumping anthem power of arena rock, The Silver Scream is 13 songs of horror movie inspired madness. Just as their previous album, Every Trick in the Book, drew from classic literary works (including Animal Farm, Dracula, and Romeo and Juliet), each song on The Silver Scream is a tribute to a different iconic cinema classic, the types of movies that inspire the same sort of fandom as music.

The Silver Scream stars a famous movie werewolf, a great white shark, and more than one axe-wielding movie murderer. “The American Nightmare” is about Freddy Krueger, the dreamscape stalker of the A Nightmare on Elm Street series; “Thank God It’s Friday” centers on Jason Vorhees; Michael Myers, Leatherface, Pennywise, and Jigsaw get their due as well. There’s a song for the dark avenger from The Crow.

Charnas recorded some of the album’s vocals at famous horror locations, like the houses used in the original Halloween and A Nightmare on Elm Street. Sam Kubrick, grandson of Stanley Kubrick, guests on The Shining-inspired “Enjoy Your Slay.” There’s an appearance from Stranger Things’ Chelsea Talmadge and guests from INK’s punk flavored past as well, including members of Mest, Fenix TX, Finch, and Less Than Jake, who lend their horns to the Stephen King inspired “IT is the End.”

As a young kid, Charnas found himself drawn to the horror aisle of his local video store, located inside the supermarket where his mom did her shopping. “I’d gaze upon the box covers of movies like Sleepaway Camp and Silent Night, Deadly Night,” he recalls. “I became obsessed with horror. My parents were very cool about it all. Around Halloween, I would walk around the neighborhood as Michael Myers. Perhaps it was the idea that if I was the monster then the monster couldn’t get me?”

The obsession continued into his teenage years, when he and his cousins would rent movies from Blockbuster. Wes Craven’s horror referencing Scream made a huge impression. “It was the first time I ever saw a movie in the theater where the characters were talking about Jason and Michael. I immediately fell in love with it.”

Even in the group’s earliest incarnation as a high-school pop punk band, ICE NINE KILLS dabbled in horror related imagery, from song titles to merchandise designs. Last Chance to Make Amends (2006) and Safe is Just a Shadow (2010) built a name for the band, but it was The Predator Becomes the Prey (2014) and Every Trick in the Book (2015) that really cemented ICE NINE KILL’s reputation. The Silver Scream is the natural culmination of everything that’s come before, a full, immersive catharsis.

ICE NINE KILLS is at the forefront of the natural crosspollination of subcultures. “Heavy music and horror are both escapes from our mundane struggles,” Charnas points out. “Horror gets a bad rap with some people who think it’s sick and depraved. But those who love it tend to be the people who get it, who realize you aren’t supposed to see Friday the 13th and then go kill a bunch of people at a summer camp. Aggressive music and horror movies are outlets for your demons not a blueprint for your actions. It’s an escape from reality. You could be having the worst day in the world, with your job or your significant other, and you can go and put on a great metal record or horror movie and forget about all of your problems.