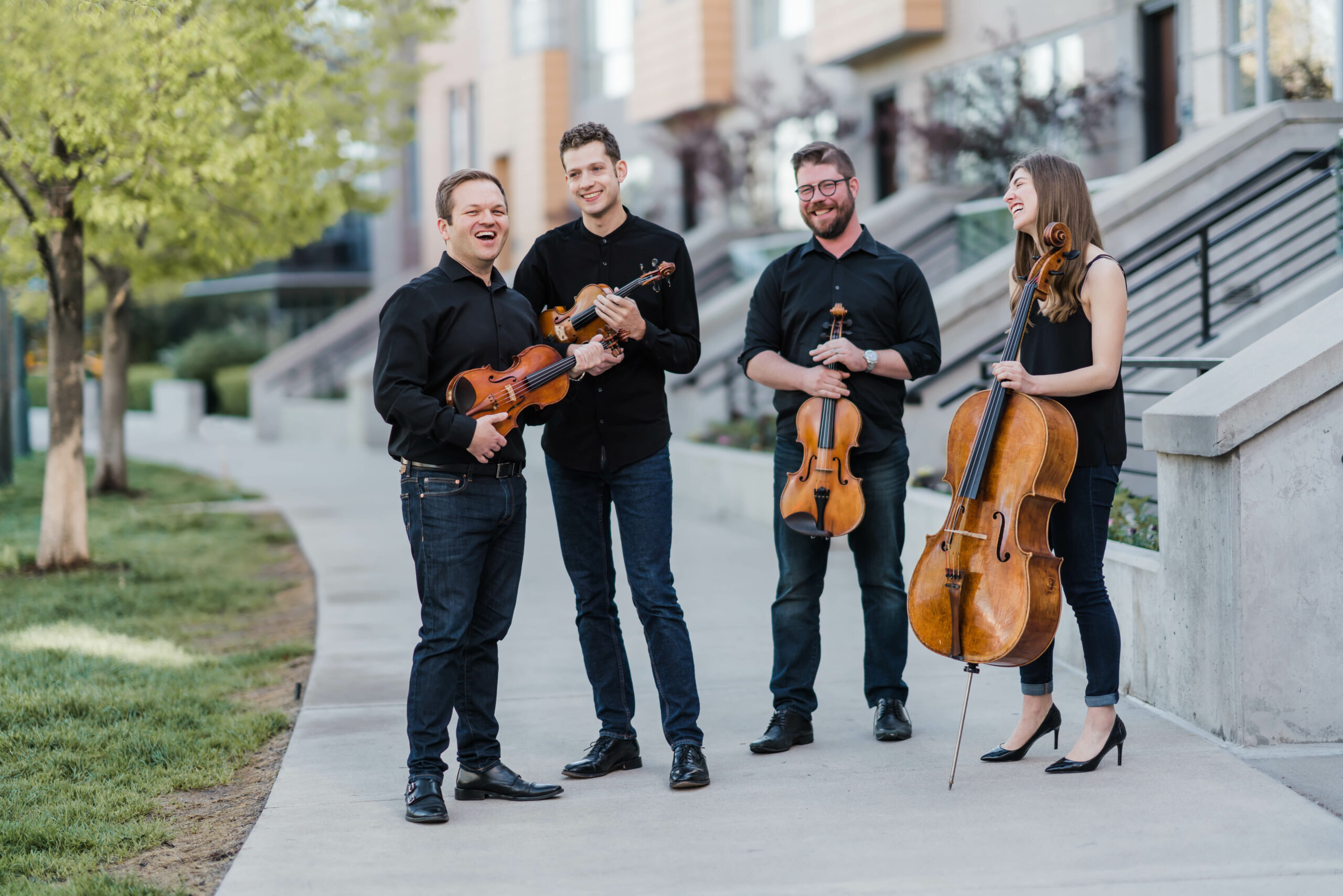 Currently based in Boulder, CO the Altius Quartet is determined to further the art of chamber music through performance, education, and outreach. Deriving their name from the Olympic motto Citius, Altius, Fortius (Latin for Faster, Higher, Stronger), Altius strives to communicate art to a diverse audience through community engagement and innovative repertoire. Hailed as “rich” and “captivating” by the renowned music blog, I Care If You Listen, the Altius Quartet has garnered an international reputation and attracts audiences through their charisma and vitality. Having recently released an album of contemporary works, Quadrants, Altius is also dedicated to working with and performing works by living composers.

In the spring of 2017, Altius released their debut album Dress Code on the PARMA label, and was highly praised for their musicianship and versatility. Review Graveyard remarked, “The appeal for this album is huge. It introduces classical music to those that are not normally fans…” For their second album, Dmitri Shostakovich’s String Quartets Nos. 7, 8, and 9, Altius has received critical acclaim from Fanfare Magazine describing them as “thrilling and enthralling” and their performance as “visceral and wrenching.”

The Altius Quartet is deeply committed to delivering chamber music to a wide variety of audiences, often performing concerts at alternative venues such as jazz clubs, bars, cafes, homeless shelters, and prisons. Altius also performs and teaches master classes at public schools throughout the country, and partners with Denver Friends of Chamber Music to secure outreach events in the state of Colorado.